I began practising law in 2008.  In my time as a lawyer, I have worked primarily in commercial disputes and have developed a strong practice in insolvency and construction.

My experience has taught me that disputes are rarely a net benefit to those involved. For example:

I conduct each matter with these realities in mind and provide commercial, directed and unequivocal advice to my clients with the goal of achieving their objectives as quickly and cheaply as possible.

During my time working in-house for a major commercial and residential construction company, I played a significant role in the operations and risk management of the company.  I advised the project delivery teams in their dealings with developers and subcontractors: dealing with contractual disputes including variations, extensions of time, payment disputes and occupational health and safety issues.  I was also responsible for the preparation and negotiation of significant head contracts.

Since then I have advised and acted for builders and subcontractors in their contractual negotiations, payment disputes and defects claims.

I have advised and acted for parties on all sides of insolvency disputes.

I have advised insolvency practitioners in respect of complex issues arising during their administrations as well as acting for them in claims for the recovery of voidable transactions.

I have acted for directors of companies in financial difficulty and provided them advice as to issues of restructuring, of their businesses.  I have also acted for shareholders whom were in deadlock and for whom the appointment of a provisional liquidator was the only solution.

The scope of commercial litigation is broad and over the years I have acted on a very broad range of matters: acting for a major national bus insurer in recovering damages arising from collisions, acting in shareholder disputes, acting against the Commonwealth Government in a claim for misfeasance in public office, acting for a national franchisor in franchise disputes, acting in intellectual property disputes and prosecuting and defending claims brought by private lenders.

For any advice on commercial litigation, construction or insolvency matters, you can contact me on (07) 3211 2233 or by email at carl.hagon@btlawyers.com.au

Release and a Catch – Deed of Release 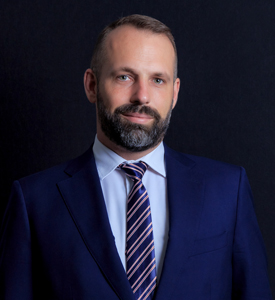 Admitted to the Supreme Court of NSW in 2008

At BTLawyers, we deliver the most desirable outcomes for those we represent. We achieve this through our firm’s structure and the calibre of our team.